We Are The Gatekeepers 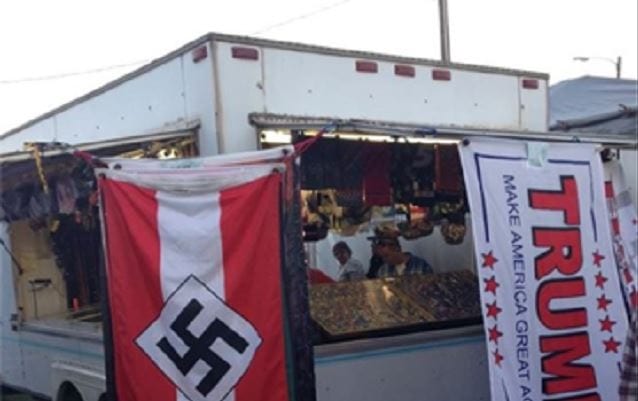 In December of 2016, I wrote an editorial and I ended it with the warning: “History has not been kind to countries that democratically elected demagogues. Be vigilant.”

Our moment of vigilance has arrived. As Stuart Stevens says in “It Was All A Lie” “Donald Trump was a moral test…and the Republican party has failed the test.” Throughout the history of the United States republic, there were bulwarks in place that kept the major parties from ever nominating a demagogue. In American history, there have been a number of men (obviously, since the 19th Amendment did not even happen until early in the 20th century) that attempted to infiltrate a major party, drawing on a cult of personality and a promise of disruption to “the system.” Father Coughlin and Huey Long appeared in the early 1900s and both were deeply racist, antisemitic and vulgar men who appealed to absolute worst instincts in the populace. Long actually became a governor of the state of Louisiana and he was a dangerous demagogue and a man who parroted famously divisive and racist rhetoric. Both of these men used religion as a tool of manipulation and gaslighting.

Later on, in the 20th century, the United States saw Joseph McCarthy and George Wallace. These men were demagogues that preyed on people’s fears, used blatant racism and vulgar tactics to bully their way into the American political scene. In each of these tests, the parties had established practices in place that would keep a disruptive demagogue from ‘taking over’ their party. However, as Daniel Ziblatt explains in his book: How Democracies Die, both parties had spent decades loosening the “party grip” on the electoral process and paved the way for the first-time infiltration of a major party by a demagogue when, in 2016, the Republican party nominated Donald Trump as their candidate for president.

The mechanisms had been there since the inception of our government. Alexander Hamilton, in Federalist No. 01, warned the new nation that, one day, someone would come along and be able to usurp the values of the Constitution and violate their office, thrusting the country toward authoritarianism. An immigrant, who found his way to the country due to a hurricane, Alexander Hamilton was a prolific writer and thinker and he had the vision to see the pitfalls of a self-governing democracy…and, to that end, what bulwarks must be put in place to prevent an authoritarian from ever gaining power in the United States. In his words: “… of those men who have overturned the liberties of republics, the greatest number have begun their career by paying an obsequious court to the people; commencing demagogues, and ending tyrants.” Hamilton saw clearly the danger of demagogues and the damage they can wreak on a democracy, particularly a young one that was cutting ties with a ruthless tyrant in England.

“And yet, however just these sentiments will be allowed to be, we have already sufficient indications that it will happen in this as in all former cases of great national discussion. A torrent of angry and malignant passions will be let loose. To judge from the conduct of the opposite parties, we shall be led to conclude that they will mutually hope to evince the justness of their opinions, and to increase the number of their converts by the loudness of their declamations and the bitterness of their invectives. An enlightened zeal for the energy and efficiency of government will be stigmatized as the offspring of a temper fond of despotic power and hostile to the principles of liberty. An over-scrupulous jealousy of danger to the rights of the people, which is more commonly the fault of the head than of the heart, will be represented as mere pretense and artifice, the stale bait for popularity at the expense of the public good. It will be forgotten, on the one hand, that jealousy is the usual concomitant of love, and that the noble enthusiasm of liberty is apt to be infected with a spirit of narrow and illiberal distrust. On the other hand, it will be equally forgotten that the vigor of government is essential to the security of liberty; that, in the contemplation of a sound and well-informed judgment, their interest can never be separated; and that a dangerous ambition more often lurks behind the specious mask of zeal for the rights of the people than under the forbidden appearance of zeal for the firmness and efficiency of government. History will teach us that the former has been found a much more certain road to the introduction of despotism than the latter, and that of those men who have overturned the liberties of republics, the greatest number have begun their career by paying an obsequious court to the people; commencing demagogues, and ending tyrants.” — Alexander Hamilton

As I wrote in 2016, they commence as demagogues and end as tyrants. History is NOT kind to countries that have democratically elected demagogues. Europe suffered terribly in 1920s and 1930s with the most well-known of demagogues-turned-tyrants, Mussolini and Hitler. Men who came into power through a democratic process and then systematically began to erode the rule of law on their path toward authoritarianism. Both Italy and Germany failed the tests, they failed to maintain a bulwark to stave off the infiltration of the charismatic demagogue, and their countries paid a deep price. Most recently, Viktor Orbán of Hungary achieved power through normal democratic means and then began to immediately destroy norms and the rule of law in his move to total dictatorial power over Hungary. Again, the common theme that runs deep, in all demagogues, is the affinity for religion.

In Sarah Posner’s book: Unholy: Why White Evangelicals Worship at the Altar of Donald Trump we get a close up look a seven decade long movement of white evangelicals to take over the United States government and instill their version of a theocracy. The recipe had been written for seventy years, the only thing missing was a patsy, a rube, someone they could prop up to do their bidding. Enter, Donald Trump. Sure, it seems strange that an amoral philanderer that brags about his sexual abuse in public would fit the mold for an evangelical movement…but, here we are. If there were an Olympics for hypocrisy, the evangelicals would win the gold for their amazing feats of moral gymnastics. In their eyes, all of government has failed and the only solution is a theocratic one. They have anointed Donald Trump as their chosen one. 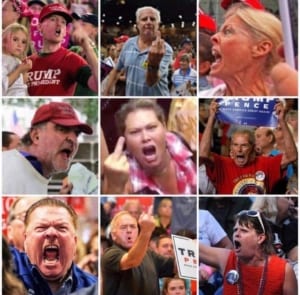 A torrent of angry and malignant passions… (Hamilton)

It is an absolute comedy of errors that the fragments of the once great Republican Party are desperately clinging to any semblance of conservatism. Charlie Kirk’s nonsensical Turning Point USA is a joke, attempted to be perpetrated on today’s youth. Never mind that it is, in itself, a comedy show on wheels, it is supported by the rest of the absolute fringe, spiders-in-the-brain conspiracy theory nutjobs like Alex Jones, QAnon, Breitbart and the rest. It is the attempted legitimacy of Elvis sightings in the 21st century. The “alt-right” is as far from conservatism as you can get. They have taken over the party and are blindly destroying everything that conservatism once stood for.

There are, however, a large contingent of actual Constitutional Conservatives that have taken up the mantle of preserving the democracy and the rule of law. From The Lincoln Project, to Republicans for the Rule of Law, to Republican Voters Against Trump, to Veterans Against Trump, to The Bulwark…these “Never Trumpers” are the ones that are holding fast to the virtues of conservatism and the warnings issued by Alexander Hamilton in the Federalist Papers.

These people are committed to a fidelity to character and morals, to the rule of law, to a free and open democracy. Ironically, the alt-right, QAnon whack jobs call us RINOs (Republican in name only), and we call them CINOs (Conservative in name only). Because there literally is nothing, NOTHING that this ridiculous clown-car, reality TV show administration does that is “Conservative.” Balloon the debt to give the top one percent of the country a big windfall? Sending unmarked troops in US cities to tear gas, flash bang and shoot rubber bullets at citizens? How about putting a lackey/donor with huge conflicts of interest in charge of the US Post Office (Article I, Section 8, Clause 7 of the United States Constitution) in order to stop the movement of mail during an election in a pandemic? Better yet, turn your back on your responsibility to the American people in a global pandemic by failing to do anything, anything to systematically serve the public? (Again, Hamilton predicted the disastrous response to the pandemic: “…the stale bait for popularity at the expense of the public good.” Have you seen my ratings? I am number one on Facebook) How about trashing our allies and coddling global dictators? Can you imagine ANY other conservative administration taking these actions and inactions? Be honest.

“There is only one thing worse than fighting with allies, and that is fighting without them” ― Winston Churchill 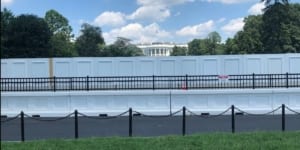 This is the inflection point; this is our moment. Our democracy is on the line. The person occupying The People’s House at 1600 Pennsylvania Avenue has barricaded himself inside the building while threatening to shut down an election he looks likely to lose. Add to this the reality that the SDNY is closing in on decades of tax and insurance fraud and money laundering schemes. The badger is cornered. He has, thus far, played every single note of Hamilton’s commencing demagogues, and ending tyrants symphony to an absolute T. We are witnessing the destruction of everything this country has stood for since the original Constitutional Convention. If you have even the slightest amount of romance for the United States of America, then it time for you to stand up to the conspiracy theorists and the alt-right that have consumed the party and the nation and set us back on a course of democracy.

The clock is ticking. Which side are you on, Country or Party…America or Trump? Hopefully, there is still time. Just remember: “History has not been kind to countries that democratically elected demagogues. Be vigilant.”

Is a registered Independent in Ramona, CA